My contribution for the Marathon Stars Blogathon is Joel McCrea. He was a leading man in the 30s and 40s and is best remembered for his roles in The More the Merrier (1943) and The Palm Beach Story (1942), and Sullivan’s Travels (1941).

In my opinion, Mr McCrea was very under rated and I agree with Katharine Hepburn, as she too wished he was more well known. In terms of acting she considered him to be on the same level as Spencer Tracy and Humphrey Bogart- and I can’t argue!

Prior to the marathon, I had seen The More the Merrier and The Palm Beach Story. (Note-If you haven’t already, watch these films- for you will instantly fall in love with Joel- I obviously did!)  For the marathon I watched the following: 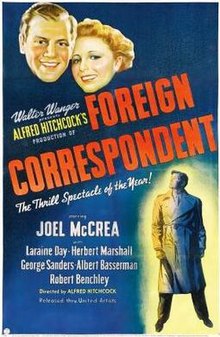 Foreign Correspondent (1940)- In McCrea’s only role in an Alfred Hitchcock film, he plays an American foreign correspondent working in Europe on the onset of a fictional start to World War II. Looking back, this film was obviously a propaganda piece to make Americans aware of the escalating conflict across the pond. I really enjoyed Mr. MCcrea’s performance- with his best scene easily being his final scene at the end spoiler:– speaking on the radio to Americans about the bombings in London. I wish he could have done more collaborations with Hitchcock- And I definitely recommend  everyone see this film, as it really is one of the Master’s hidden gems. 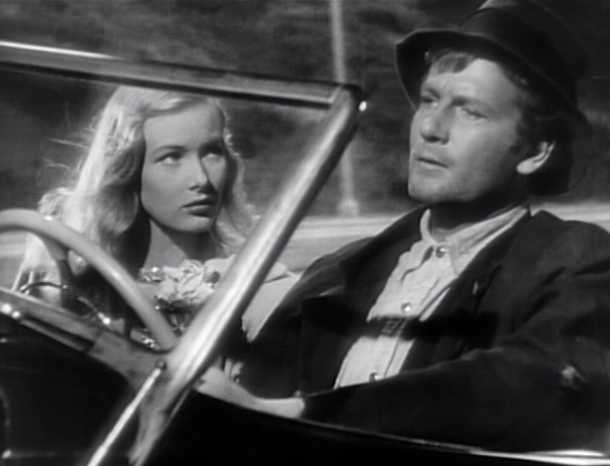 Sullivan’s Travels (1941)
In this film, directed by Preston Sturges, Joel plays a character called, John L Sullivan, a Hollywood screenwriter. Wanting to find inspiration and get away from the comforts of home- he sets out on a road trip and lives the life of a hobo. It’s a whirlwind adventure that pushes him to his limits, but through all of it he finds learns laughter can get you through tough times- and it becomes the basis for his film. I think Joel did a great job in portraying his character and you really feel what he feels while on his journey. I really learned a lot about hobo life and it opened my eyes to the reality of American social classes during the 30s.

Adventure in Manhattan (1936)
This film is part of TCM’s Jean Arthur comedy set. Adventure in Manhattan was the second pairing of Jean Arthur and Joel McCrea and I can see why they went on to make The More the Merrier, seven years on. The film itself is a bit of mystery and screwball- really it has an unclear genre- but whatever it is- its really cute. Joel plays a reporter and Jean is an actress- who’s financier for her play is actually a thought to be dead thief. Joel then investigates but by doing so he puts his career on the line. (Again the plot’s a bit loony) No matter- Jean and Joel work so good together it doesn’t matter- they just have such amazing chemistry! Recommended if you are a fan of Jean and Joel or just cute films in general.

Now, I know I’m two short- and I am so so sorry for that, as I had a hard time obtaining more films- but I want to continue to watch Joel McCrea light up the silver screen. I really want to see Primrose Path (1940)- and am sad I couldn’t contribute it for this post.

In the end, Joel McCrea is just genuine in any role hes played- he was a charming man and I absolutely look forward  to discovering and watching  more of his films in the future! Here’s to looking at you, Joel!