Well my fellow bloggers, Holden Lovers, classic film fans- The 3rd Annual Golden Boy Blogathon is here and I for one am loving every minute of it! I’ve having so much fun this month in the world of classic film- and I hope you are to!

For this special birthday milestone I chose to write Paris When it Sizzles (1964) which co-stars Audrey Hepburn. Some may be shocked I chose this film; I admit it took me a while to give in and watch because I read so much into it that it can be boring and, “fizzle”, in parts. Well, I do say that’s true; I won’t lie about saying everything about it is wonderful- however this film does, “sizzle”, too in more ways than you might believe.

With all that being admitted, now present to you why Paris When it Sizzles both Fizzles and Sizzles all while being a movie to watch. (I look at it as an excuse to watch Bill and Audrey on screen together in Paris)

First Up, the Fizzles

Behind the scenes Drama- This movie was filled with drama behind the camera. Not only was it the first time Bill and Audrey saw each other since 1954’s Sabrina (not counting causal Hollywood encounters), production was shut down while Bill went to alcohol rehab. Delays, tension on set, and probably just an unhappy workplace added with the fact neither of these stars wanted to do the movie- as they both “owed” Paramount a movie with their contracts- it wasn’t the smoothest of filming.

The Lagging Running Time- This movie runs 110 minutes and it’s not a quick sit either. Sometimes you find yourself checking the running time, and cringing which leads me to my next point

The Lack of Plot- Its essentially why the movie is so slow- yes the two are writing a screenplay- but nothing ever gets anywhere. Some of the skits that are played out are really boring (the airplane, the vampire, the carriage chase) and others are random. The fast forward button for certain scenes/ parts will be used!

And Now Why it Sizzles

The Chemistry-  I don’ t even have to say this one out loud- Bill and Audrey are a “remembered Hollywood” couple for a reason- and I adore the moments they have in this film. The cigarette lighting, the dance (see below), the kisses, the body language- it all still feels natural like 10 years never happened.

The Humor- This movie has got it! From the spoofs and references- this movie has its fair share of laughs! (Side note- look out for cameos of Marlene Dietrich, Tony Curtis, and Audrey’s husband Mel Ferrer!) 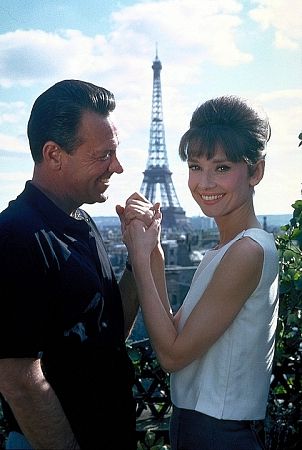 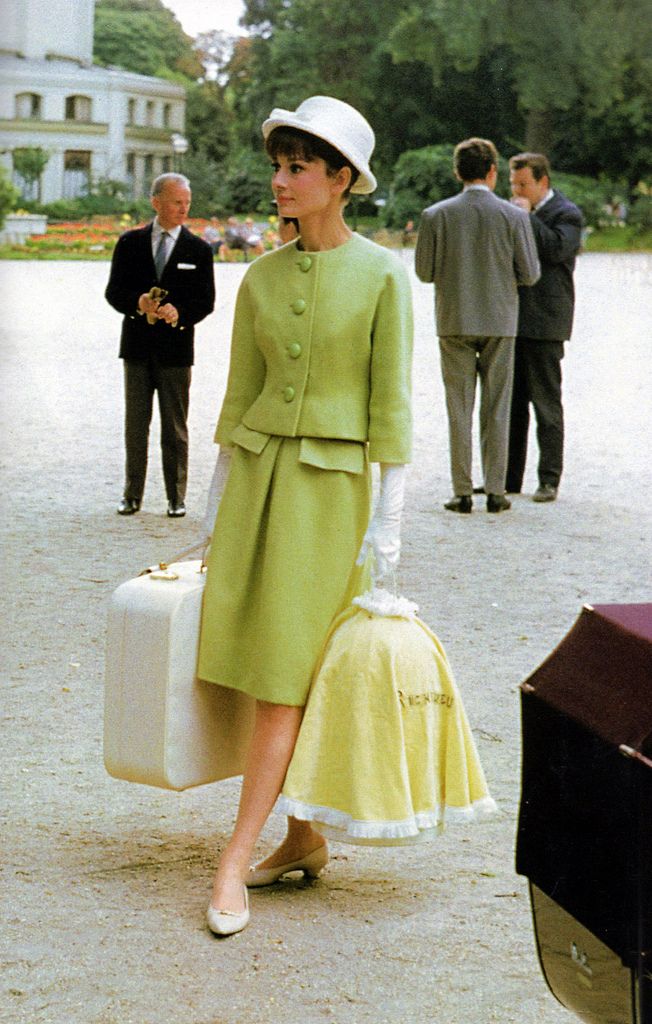 Paris: on location- Beautiful shots of many famous Paris icons and places- a good view of ’60s Parisian fashion too!

THIS dance sequence- I told you this needs its own point because WOW– even if you are not interested in watching the movie please watch this- its magical and wonderful.

EXTRA FACT– Many of you may not know this but Bill gave Audrey this present at the end of filming. MY HEART!!!

To the Golden Boy up in heaven, I say- I may never have gotten the chance to write to you and tell you how much I enjoy your films- but please know I enjoy them today in the 21st century! Love, Your Fan- Emily

PICS FROM PINTREST, WIKIPEDIA, GIF FROM TCM, BOTTOM 2 PICS- FROM ME, Emily

PARIS WHEN IT SIZZLES 1964- Occasionally played on TCM, available on Amazon and DVD