Happy Noirvember everyone! I’m back for the first entry of 3 this month kicking November off with Phyllis Loves Classic Movies’s remake of the THEY REMADE WHAT? blogathon.

When it comes to His Girl Friday (1940) and The Front Page (1931), its easy to dismiss Lewis Milestone’s The Front Page as just simply, “the original His Girl Friday”. And of course His Girl Friday is so famous in its own right many may forget that it is a remake- it was one of the first movies ever to have overlapping dialogue, is a favorite amongst Cary Grant fans, and contains the now iconic performance of Rosalind Russell as Hildy Johnson (as Howard Hawks switched this character from a man to a woman during audition read-throughs, when his secretary read the part of Hildy).

However, upon viewing The Front Page for the first time ever, The Front Page is significant in its own right. Up until His Girl Friday, it was the fastest talking picture ever produced and even though yes- it can sometimes struggle with that pre-code dialogue delivery by some of its actors- its very forward in its production and it paves the way in what was to come in the style of which movies were made (see a video link at the end).

The plot of both these films is the same, and both are adaptions of the 1928 Ben Hecht- Charles MacArthur Broadway play of the same name. Editor Walter Burns and reporter Hildy Johnson are perfect work partners (and in His Girl Friday– ex man and wife), that is until Hildy announces s/he is getting married and will therefore be leaving the newspaper’s employment. Walter wanting to keep his star reporter on board then entices Hildy with the assignment of covering the story on escaped accused murderer Earl Williams. Hilarity then follows when Walter sets up stunts to delay Hildy’s departure- from kidnapping his/her future Mother in law to hiding Williams in a roll top desk!! (And of course there’s the additon of the throw -away fiancee for even more laughs!)

Comparing the two- I have seen His Girl Friday many more times- and I will say it does have the edge in terms of a picture overall but, sometimes the Walter-Hildy romance sidelines the main focus of the newspaper and the dialogue goes so fast you have to go back and play certain lines again to make sure you are hearing it right. The delivery of the dialogue in The Front Page may be weaker, and that’s not the actors fault’s, as this is still an early talkie picture, when speech was still being perfected, but it’s better than a lot of others made around the same time. Adolph Menjou especially gives a great performance as Walter- and hits the dialogue marks nicely- but I’m saying it- he can’t top Cary Grant’s manner of speaking- Cary owns this role. 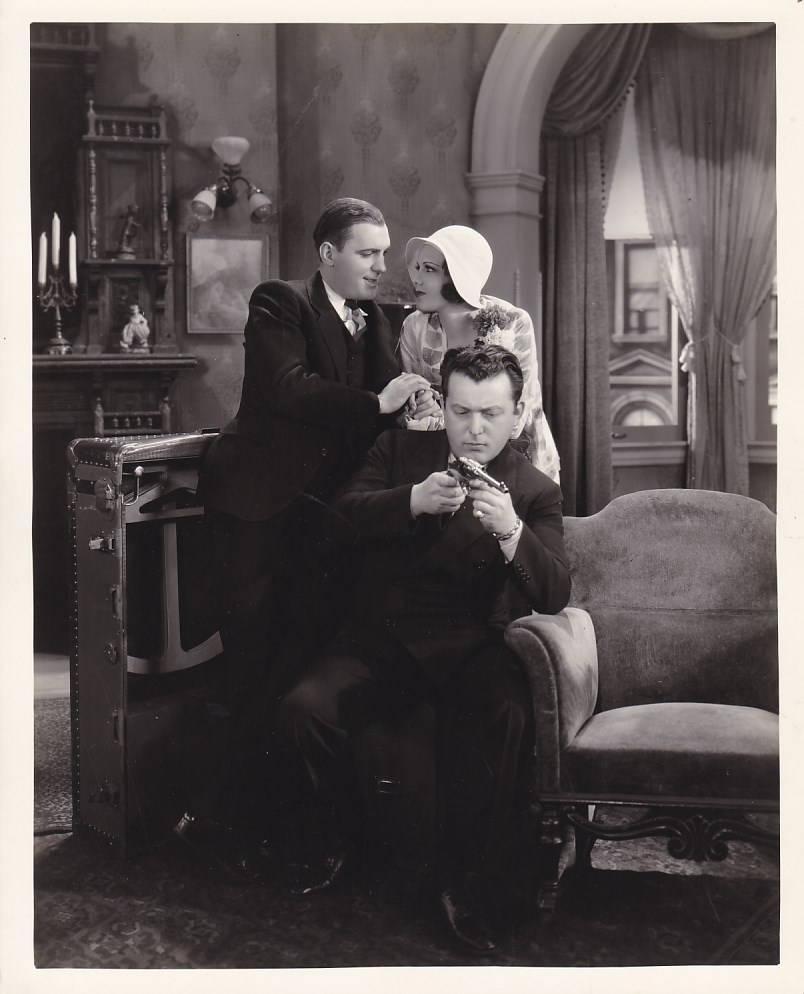 In terms of Hildy- its not really applicable to compare the two- as they are basically different characters in these movies. I think its fair to say that while His Girl Friday is a comedy of remarriage The Front Page is more a buddy- buddy comedy and is actually (probably) more comparable to the 1974 Billy Wilder remake (I have not seen this version), in which Hildy is once again a male character. I will say Rosalind Russell is superb in her role. She won the part at the last minute- and after basically everyone else (Jean Arthur, Ginger Rogers, Carole Lombard to name a few!)  in Hollywood turned it down.

Overall, I do declare these two films do tell a story of Hollywood evolving in its ability to tell the same story in different production eras. The Front Page came out in 1931- the early talkie, pre code era that was on the verge of change, and His Girl Friday is from 1940, at the height of screwball comedy- and I can see now they both influenced the later works that followed. 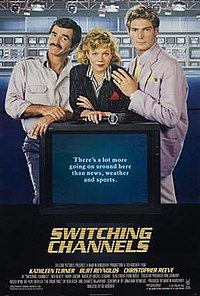 If I had to give a key difference to describe both of these movies, I conclude that while The Front Page is a more faithful adaption to the play, His Girl Friday is what happens when filmmakers give their own spin on an established story- and in this case it paid of wonderfully for both Howard Hawks and the screwball legacy.

Both of these movies are also in the public domain and are available to watch on youtube.

Check out this video from filmstuck  discussing some of the changes made to His Girl Friday- they talk about character framing/ placement and the side by side comparison of the dialogue- it really gets at the distinguishable changes!!

PS- Check out this  cool new musical for Buttons!!! with an all star cast- the film comes out Dec 8 in select theaters only! Check Fathom events links for details!!

Hello All! This is my entry for the one and only Cary Grant Blogathon Hosted by my good friend over at Phyllis Loves Classic Movies. Before I begin just a few things 1-Happy Noirvember! I hope you all are enjoying/ enjoyed it! (Best new watch for me was Detour 1945) 2- I want all of you to know that while I may not reply to all of your comments, I do read every single one, and I can’t thank you enough for them- seriously they mean a lot to me!

With that done, without further ado, I now give you my entry! Only Angels Have Wings is one of those films from Hollywood’s Golden Year, 1939, and the second of three movies for Cary that year.

For me, Only Angels was the second Cary Grant drama film I ever watched, with the first being Penny Serenade (1941). In fact, I did see a snippit of the this film even before I knew who Cary Grant was- it was when I was 13, at my Grandfather’s place- he had the TV on TCM, and I heard Cary’s character calling out over the radio- that was my first encounter with Cary Grant- too bad it took three more years for me to fully embrace his awesomeness!!!

Three years later, this film was one of the first of his  I saw, like I mentioned, but  will admit I didn’t really want to watch it at first- I was so enamored with Cary making me laugh, I didn’t know if I could handle him doing a full on drama (as Penny Serenade is technically a melodrama)- but boy was I wrong!!

One of the best things about Only Angels is that the picture is a different Cary Grant picture and in the best way possible. I don’t wanna say Cary isn’t the focus, but at the same time, I do. I think the picture really belongs to Jean Arthur, and even scene stealer Rita Hayworth.

However Cary’s character, Geoff Carter, is important (as always), as without him, there is no development- he’s the guy who keeps everyone moving forward- he consoles Jean Arthur when  Joe is killed, catches Thomas Mitchell’s character’s, Kid, bad eyesight, and all in all is a great guy to have on hand (I mean he is Cary Grant!!!)

Another aspect that makes this film just wonderful is the direction of Howard Hawks- who literally could direct anything- film noir, musical, screwball comedy, adventure, drama, comedy, western- he seriously did it all , with them all being enjoyable. And while Cary Grant may have been the favorite of Mr. Alfred Hitchcock, Cary’s favorite director was said to be Hawks. If any other director would have been at the head of this project, I personally feel it wouldn’t have turned out as wonderful as it did.

Lastly, what makes this film is the aviation scenes and attitudes that are depicted. Flying in airplanes was the fascination for people in the 1920s and 30s- and yes so many films have depicted pilots, it this film is probably one of the best , if not THE best from the era. And- To those who watch today and say “that’s cheesy”- please just remember- this was without computer and green screen CGI- no animation whatsoever, yet it looks great!

On the whole, Only Angels Have Wings is a delightful picture, it’s a bit long, but that’s OK- I love Cary Grant and I love him with Jean Arthur (she’s soo underrated!). It’s just one of those movies that offers a real escape from everyday life- go out to the South American coast with Mr Cary Grant? SIGN. ME .UP.

To wrap up, I’m just gonna leave you with this really awesome picture of Cary and Jean- man I wish I was her! (For those who have seen the movie- I just adore the ending scene, and so did Ms. Arthur- for years later she recalled “I loved sinking my head into Cary Grant’s chest”. ) SIGGHHH!