The first time I ever saw Jean Arthur on screen was with Cary Grant in Only Angels Have Wings (1939). While my eyes were naturally on Cary, my ears turned to Jean.  Automatically, I was drawn in by her voice: I’d never head a voice quite like that. It wasn’t breathy, husky, squeaky, it had a distinct characteristic, that to this day I still can’t point my finger on.

Naturally, with all actors I take a liking to I set out to learn as much as I could about her, but it turns out Jean Arthur was an extremely elusive actress. She was an actress who was so private and guarded, she admitted she’d rather slit her own throat than talk to an interviewer.

With the lack of info about her, the best way to learn about Jean is to watch her films, and amazingly enough Jean had a period of time in her career in which she was so successful, but chose to end it on her own accord. Many of her silent films are unavailable, or difficult to track down, but I’d reckon from about 1936-1943 Jean dominated the silver screen with a great array of films- mainly her screwball comedies. My personal favorite is 1943’s The More the Merrier. Although it was not the first film of her’s I saw, it was the one that made me adore Jean wholly as an performer.

On the whole, Jean Arthur is a rare actress in which I see myself reflected. Sure, I adore many actors and actresses from the silver screen, but mainly for the fact they are unlike me, or I wish I could be them, or be around them. However, with Jean its different; perhaps if I were an actress in the golden age, I would have found myself in similar situations as Jean did. Jean didn’t like being bound by a contract and often was put on suspension for refusing parts she knew were unsuitable for her. I could absolutely picture myself doing the same thing; in life I’m an extremely particular person, and I sense that too about Jean.

In any Jean Arthur film you watch you always notice that any romance plot is secondary to film. You get that sense of her characters would be just as happy in life with or without a boyfriend. She’s the tough, yet, smart working woman and you believe it: whether she be a newspaper woman, a secretary, or a teacher she always has that sense of independence with romance always on the back burner in life. Of course, it’s always really sweet when she does end up with the leading man, because you as the viewer just know it’s the perfect ending.

I’ve read many sources that claim Jean would be so nervous before filming began she would vomit in the dressing room, walk on set, cameras would roll and everything would be fine. Having the right leading man beside her always seemed to help matters, as Jean was particularly fond of Cary Grant (great choice), Gary Cooper (her all time favorite!), and Joel McCrea. I personally think she was brilliant alongside Ray Milland in Easy Living (1937) as well, and if she was nervous it didn’t show. I saw similar results with 1936’s The Ex-Mrs Bradford, with William Powell, and it’s incredible how at ease she could be.

Other leading men were always quick to compliment her; James Stewart said she was the finest actress he ever worked with, praising her humor and timing (evidence points Jean may not have loved working with him, she did turn down Its a Wonderful Life), while Edward G Robinson said Jean had a stage personality without the ego.

To me personally, one of the most striking elements of Jean Arthur is reading she admitted she never had a best friend (she actually perferred dogs to people.. don’t blame her) and that is something I completely empathize with. Jean went on to say it’s so hard to open your heart when your older (compared to when you’re younger) and I’m sad to say it’s so true. It’s difficult to open up to people as an adult as when we are older, we are more judgmental than when we were kids. Maybe that’s what made her so nervous before she went on, so nervous around the other actors, the crew, believing they didn’t like her. If only Jean knew how admired she was an actress, maybe it would have eased her nerves.

Overall, Jean Arthur is one of the most three dimensional leading ladies the silver screen has ever seen. Despite the fact she rarely let people in, through her screen portrayals somehow it’s enough to say we “know her”. Every time you watch Jean Arthur on screen you can discover a new facet about her and that along with her charm certainly is what keeps me watching her on screen. Jean’s mystique coupled with her unexplainable attractive voice is what will forever make her remembered.

THIS was written for The Wonderful World of Cinema’s 120 Screwball Years of Jean Arthur Blogathon Check out the other entries for more Jean!

Last week a list compiled by Feedspot was made up of the 30 most popular classic film blogs on the internet and I’m proud and honored to say that my little blog, The Flapper Dame ranks 30 on that list!

It’s a humbling experience and I must say- writing for classic film is a real joy in my life. When your job gets you down and irritated, and you’ve got few other hobbies, writing (and watching!) about classic films and the men/women who made them is the best escape from that.

Its also awesome a lot of my fellow writers I’ve come to know and admire made the list- The Wonderful World of Cinema, In the Good Old days of Classic Hollywood, Silver Screenings, Once upon a Screen, etc- they all have become my inspirations and encourage me to become a better writer!

Number one is of course The Classic Movie Hub- and rightfully so, as it’s seriously is the best of the best of the best from contests, to film screenings, to an encyclopedia of knowledge on every classic actor and film, Ann Marie runs the coolest website on the web!

But last but not least- I want to thank the readers- casual, devout, a one time reader passing by- you all are the reason for my ranking and for that- I”m truly in your in debt- I would have no blog if It wasn’t for you all!!!

I also wanna give a major shout out to my Mom, Sandra, who is always telling people about my blog and telling me to email my address to her friends- I really credit her for the success of the blog!

And, of course my Grandfather Joseph Kasper, for introducing me to my first “movie star” John Wayne.

Without any of them this blog would not have ever happened!

Hello readers! Today since 8/27, it’s my Birthday, I thought it would be fun for you guys to learn a little bit about me!

But, instead of just naming 20 films I love, which is in my view is unfair to the would be 21st title on the list, I’m going to name 20 film fun facts about me- hopefully you will find them interesting! Here we go! 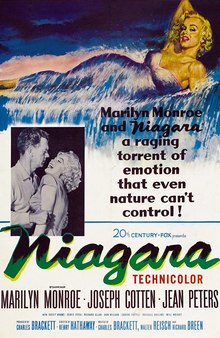 1- I specifically got a blu ray player to watch the 1953 classic Niagara (as its now very very expensive on DVD).

3- The first Hitchcock I saw was Rear Window (1954), all because of Grace Kelly

7- A good friend of mine (you know who you are!)  got me into watching and admiring Billy Wilder films. 🙂 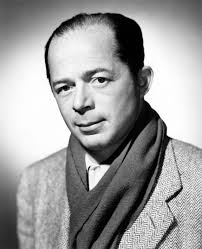 9- I’m not a big Barbara Stanwyck fan, but I can’t help but like her because she saved Bill Holden’s career.

11- On average, there are only about three films a year I’m actually interested in seeing at the cinema- I do watch a lot of movies but they are usually on TCM!

20- My Grandfather was a big John Wayne fan, and I am too because of him. Whenever I watch a John Wayne movie- I always think of my Grandfather. I’ve been told The Cowboys (1972) and Hondo (1953) were two of his favorites, but I never specifically asked him for myself.

And that’s that! Thanks to all my readers-regular and casual- for following! I am so grateful for all of your support! 😉 –Emily (The Flapper Dame)