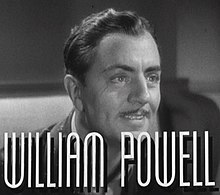 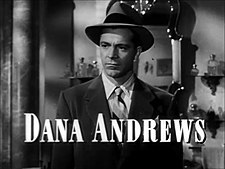 Hello Classic (and even non classic) Film fans! This post is an entry for the “Try It, You’ll Like It” Blogathon (click here for more) hosted by Movies Silently and Sister Celluloid, as a way of introducing “gateway” films to people who don’t like classic film or for those who are new to the classic film world, a way to learn about “essential” classics.

My contribution for this Blogathon will be 1934’s famous MGM film The Thin Man starring William Powell and Myrna Loy; directed by Woody Van Dyke.

The Thin Man like many other movies is based off the popular book of the same name by Dashiell Hammett. William Powell plays the martini drinking and retired detective Mr. Nick Charles, and Myrna Loy plays his ever-so-clever socialite wife and wealthy heiress, Mrs. Nora Charles. The Charles’ also have wonderful and lovable white haired terrier named Asta (Skippy). In the original novel, the characters are slightly different, as novel Nick Charles is “fat” (not so with Mr. Powell), and the son of a Greek immigrant, while novel Asta is a female schnauzer.

The plot of this movie is still as fresh today as it was in 1934, and unlike the characters, it closely follows that of the novel: Nick Charles is a retired detective who is ready to settle down with his wife Nora. Travelling from their home in San Francisco to spend the Christmas season in New York, it isn’t long before Nick (at Nora’s urging) gets drawn back into the world of murder and mystery when his friend, inventor Clyde Wynant (it’s this character who is the titular “thin man”), mysteriously vanishes.

Filming The Thin Man created a very relaxed environment for all involved, and it was shot in just 12 days thanks to “One-Take Woody” as director. While the murder mystery is intriguing, everyone knows the real reason as to why The Thin Man is so appealing: the undeniable chemistry between Myrna Loy and William Powell. It was their second picture together after Manhattan Melodrama(1934), and they would go on to make 5 more Thin Man films, and also 6 other non-Thin Man films. Myrna Loy even made a cameo in Powell’s The Senator was Indiscreet. In the end, the pair made 14 movies together (including Myrna’s cameo) – a record that still stands to this day when it comes to screen pairings. On working with Ms. Loy, Mr. Powell remarked,

“When we did a scene together, we forgot about technique, camera angles, and microphones. We weren’t acting. We were just two people in perfect harmony.”

For those who are not familiar with the picture, here is just a sample of the wonderful dialogue between the two. For those who are familiar, let’s just re-visit the reasons why we love Nick and Nora:

Nora Charles: Good. I want to talk to you.

Nora Charles: You got types?

Nick Charles: Only you, darling. Lanky brunettes with wicked jaws.

And one of my favorites

Nora Charles: Take care of yourself

Nick Charles: Why, sure I will.

Nora Charles: Don’t say it like that! Say it as if you meant it!

Nick Charles: Well, I do believe the little woman cares.

Nora Charles: I don’t care! It’s just that I’m used to you, that’s all.

Even if you’re not interested in watching the other five films, (which you will be after watching the first, as it’s inevitable not to watch the others), The Thin Man remains one of the most popular and well beloved classics from the 30s. TCM will be airing all 6 films on New Year’s Eve (starting at 8pm EST), so if you’ve got time, sit down with a martini (or three) and tune in!!!!