Hello all you fabulous readers and fellow bloggers! I cant think of a better way to start of 2017 than with a blogathon honoring my favorite -and yours too- blonde from Indiana, Miss Carole Lombard! For me, Carole will always have a special place in my heart- for she was the most brave and outspoken dame out there! She’s inspiring and I am so glad she’s clearly loved by those who discover her today!

For this blogathon hosted by Phyllis Loves Classic Movies and In the Good Old Days of Classic Hollywood, I chose to write about one of Carole’s few dramatic turns in the 1939 classic In Name Only– which also stars Cary Grant, and co stars Kay Francis and Charles Coburn.

In Name Only is significant for a few reasons- first, its from 1939, second- it has a rare on- screen pairing of two legends- Lombard and Grant, and three- the role Carole was playing was one all too familiar to her- as she was playing the woman desperately in love with a married man , Alec (Grant), trying to divorce his awful wife (Kay Francis). 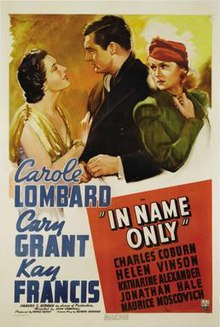 In 2013, when I first saw the movie, at first I  was invested to see Cary and Carole in it, but after watching, I realized the movie was so much more than that. This role allowed Carole to really showcase her abilities as an actress. In her role as Julie, she emotes true emotion- from love, to loss, to fear, to even slight jealously- its all there. I couldn’t imagine someone else playing this part other than Carole and even if she didn’t- I still believe we fans would connect this movie with her, as she went through the situation in real life (well, minus the little daughter- sort of!). Clark and Carole- LOVE!!             Clark and Rhea-Um, Smile?
For those who may be unfamiliar with the real life situation I’m mentioning- in real life, Carole was the woman caught up in a drawn out divorce between Clark Gable and his second wife, Rhea Langham. From what I know, Rhea was just as terrible as Maida (Francis) was in the film. What I find a little ironic however, is that even if Carole had played the wife, and not the lover in the film,  I think some of us would have rooted for her- just because its Carole and we adore her! When we watch the movie today, we can only imagine for ourselves how in real life, Carole and Clark’s waiting and perseverance paid off. How much of their personal life was put into the movie? Its almost as if Hollywood knew what they were exposing when they wrote this film. 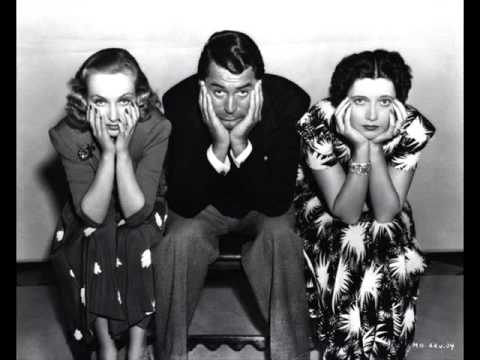 Especially in the modern day, I think its sad this film isn’t more well known  – its from 1939 after all with two great stars!! Its even more sad to think that most people discover Carole as “Clark Gable’s wife”-when she’s blatantly a star in her own right.

On an opinion note, I find this film to be the only drama of Carole’s that I like- 1940’s Vigil in the Night is good- but I don’t quite “love it” the way I do this film and 1939’s Made for Each Other (which I do love!) is more of a “melodrama”. There’s something just so insightful in this film, to see both Carole and Cary playing against type- Cary isn’t one to be in a loveless marriage on screen- and Carole usually plays the fabulous screwball gal who keeps the man on his toes!

In the end,  art imitates life (or is it the other way around?) and Carole and Cary’s characters do get together, just as Carole and Clark did in real life- a happy ending for both couples in both scenerios!

4 thoughts on “In Name Only 1939 Carole Lombard Blogathon”