HAPPY NATIONAL CLASSIC MOVIE DAY EVERYONE! First off let me say, running my own blog and sharing new films and learning about films and actors from Hollywood’s Golden Era is one of the great joys in my life- and I’m very happy to do it alongside all of you who watch, read, and write with me! (click here for the blogathon list to read other blogger’s favorite stars!)

And again I’d like to say THANKS A MILLION to all of you who do read and I DO READ EVERY SINGLE COMMENT and APPRECIATE THEM ALL!!!!

This post is probably one of the most difficult ones to write as I’m only limited to 5 stars!!?? Hard, but, do-able and all of you have done it to so, so can I!!

In NO order whatsoever, I present five favorite stars! 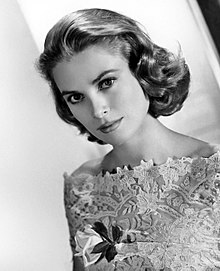 Yes I know some may not consider her the “best” actress or even consider her to be “important” in Hollywood- But she is one of my favorites!! Rear Window (1954) and to Catch a Thief (1955) are some of my favorite movies! She was serene even before she bore the title of HSH  (Her Serene Highness) and she’s completely the ultimate Hitchcock Blonde.

I wish I could be more like her in terms of being free spirited!! She’s a patriot and I feel her career was just getting started- she would have been amazing in so many roles if not for her untimely death- but nothing can diminish the fact she is and always will be fascinating and amazing! My favorite movie of hers My Man Godfrey (1936) with the runner up being No Man of Her Own (1932)  ! He’s the definition of dapper and the consummate 1930s example of style. Mr Powell is one of the stars that I came to adore after watching many of his movies- once you watch one you can’t stop- and I didn’t know about him right away- he’s a hidden gem that once you know about him- he’s forever a part of your life! Favorite movies of his- Mister Roberts (1955), All of The Thin Man Films, of course My Man Godfrey, and a hidden gem of a flick The Ex-Mrs Bradford (1936).

..And number 5- I have to say John Wayne- he was the first leading man I knew about in the “Old Movies” due to my Grandfather’s admiration of him. Its sad that I didn’t become a real fan of his until my later teen years- but now that I have seen some of his movies (and plan on viewing more!) I can say that Yes I am a real fan of his based my own opinions. I know why my Grandfather liked him so much now that I have viewed some of his movies and I always think of him whenever I watch one. My favorite movies of the Duke’s so far are- The Quiet Man (1952), The Searchers (1956) ,Big Jake (1971) and The Shootist (1976) So there’s my five!!! But I can’t leave this post without mentioning “Five Runners up”- Audrey Hepburn, William Holden, Myrna Loy, Clark Gable, and Gene Tierney.

Happy National Classic Movie Day, again to everyone and I hope you got to watch either an old favorite or a new to you movie! and Remember- Stay Classic!