For my own co-hosted blogathon- I decided to go with a paring I recently discovered – Natalie Wood and Robert Redford- while I have always admired Natalie- Never really have I delved into her films- until now that is! 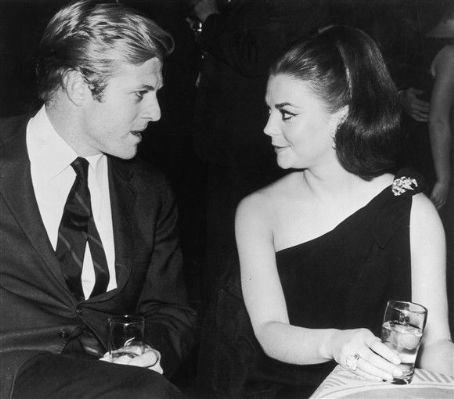 I decided to do this pairing after seeing Redford’s beautiful tribute video he narrated for TCM- I hadn’t known they met in high school or that they even made movies together- but the way Bob spoke of Natalie made me immediately want to watch Inside Daisy Clover– which aired on TCM a few days after the tribute video.

Inside Daisy Clover (1965) tells the story of Daisy Clover and her journey into 1930s Hollywood. Natalie plays Daisy- and Mr. Redford plays her leading man/fellow movie star- the “Prince Of Darkness” Wade Lewis. It should be noted this film was the start of Redford’s movie career, as according to him although he had broadway success, ‘Natalie selected an unknown to be her leading man”.

For Natalie and Bob- this film really gave them the chance to become real friends- as when they met in high school, it wasn’t a happy first meeting. As Redford recalled- he was on duty as school assembly guard when a girl, (Natalie) came running to to his door, late for the assembly, begging him to let her in. Redford, wanting to be ‘cool’ said she wasn’t allowed to go through his door and she would have to go around to the door that accommodated her last name. Natalie, ever so clever, then called him an ‘asshole’ and gracefully went around to her proper door.

It’s amazing that 10 years later they played opposite each other- and also became the best of friends. If you want real proof of it, while on set Natalie and Bob planned a surprise birthday for reserved and shy producer Alan Pakula- complete with a stripper! 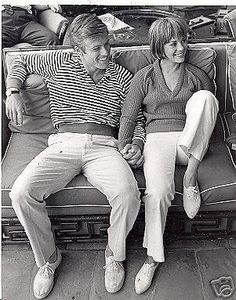 Despite the fact Daisy Clover isn’t the best in terms of plot (yes- it’s got a good setup and a cast of Roddy McDowell, Christopher Plummer, and Ruth Gordon- but sadly in my eyes, it falls somewhat flat)- I like it-It’s worth watching just to see Wood and Redford together- their characters go through a rocky relationship but the camaraderie and closeness of them is always present. On screen Natalie and Bob have this unspoken bond that can’t be faked- it takes real friendship to create their characters’ feelings- it’s just wonderful.

I personally adore the scene of them on the boat together- Daisy is new to Hollywood and trying to cope emotionally with the stress but all it takes is Wade to come walking in for her to feel calm again. Wade’s carefree attitude is the perfect match for Daisy’s high strung personality!!

The Wood-Redford reunion film- This Property is Condemned was released in 1966 (honestly I haven’t seen it yet- But it’s airing on TCM Nov 10 2017- and as a consolation- I will be writing a companion post to this post on on my thoughts of it). I can tell you this about it- It co-stars Mary Badham (Scout- in To Kill a Mockingbird) and is based off the one act play by Tennessee Williams; it also was the first time Redford worked with director Sydney Pollack.

From what I have read from other people, it seems to me that this film is the stronger of the two they did together- Natalie’s husband Robert Wagner has even said this was his favorite performance of hers.

No matter what though- the bulk of Natalie and Bob’s friendship happened off screen- In 1969- Natalie married Richard Gregson (who was both her and Redford’s agent)- with Bob as best man. She then took a short break from filming movies- but that didn’t stop her from working behind the camera- as she did on the Redford film Downhill Racer (1969)– she typed scripts, was a costume consultant, and even appeared incognito as a crowd extra in certain scenes.

Natalie even made a small cameo as herself in 1972’s The Candidate– as a favor to Redford.

In the end- according to Redford- Natalie and he sadly lost touch- but he never forgot the boost she gave his career and the fond friendship they had. For Mr. Redford, Natalie taught him how to handle the emotion of being a star- and he never has forgotten it.

And then watch this clip of Redford reminiscing about Downhill Racer– he talks about Natalie and her encouragement when it opened to bad reviews.

Personally – I think all people should have a friendship in their life similar to Natalie and Robert’s- a mutual respect and having great care for one another is a beautiful thing.

Its interesting to think about what could have been with these two- they almost made Barefoot in the Park (1967) together; Redford was an early contender to appear in Bob&Carol&Ted&Alice (1969); and Natalie was almost cast in Mary Tyler Moore’s role in Ordinary People (1980).  On my view, would have loved to see them in more pictures- and certainly in stronger movies with better scripts.

Alas, even if the films aren’t the best- I think the bigger lesson can be seen in the friendship they shared.